A Dramatic Cure for Back Pain

Home/Uncategorized/A Dramatic Cure for Back Pain
Previous Next

A Dramatic Cure for Back Pain

By Tim Jarvis
From Oprah.com 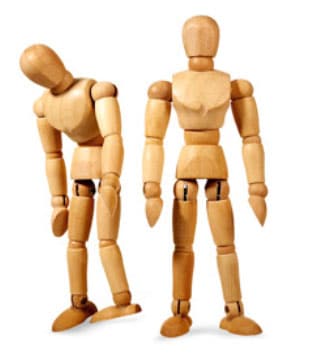 Back and neck problems are among the most common reasons Americans see a doctor, according to a 2008 study published in the Journal of the American Medical Association. And in 2005 people with aching backs and necks spent a staggering $85.9 billion on everything from MRIs to prescription drugs in their search for causes and cures.

Now it looks as though a therapy popular with actors and musicians might help patients with back problems. Alexander Technique was originally developed in the late 1800’s by actor Frederick M. Alexander as a cure for pain and hoarseness. The technique involves learning to sit, stand, and move more efficiently; certified instructors still teach the therapy today, through hands-on coaching and subtle exercises.

In a recent study, researchers at the University of Southampton followed 579 back pain sufferers for 12 months as they practiced Alexander Technique or received massage therapy; half in each group also performed light aerobic exercise, such as brisk walking. (Another group did nothing.) The researchers found that after 24 Alexander sessions, patients improved their ability to move freely by up to 45 percent, and in the last month of the trial, these people reported only three days of pain, says study coauthor Paul Little, MD, professor of primary care research. “The group who hadn’t had any lessons reported 21 days” Even more encouraging, Little found that just six sessions of Alexander Technique followed by light exercise eased pain nearly as well as 24 lessons. To find a certified teacher, consult the American Society for the Alexander Technique at Amsatonline.org.